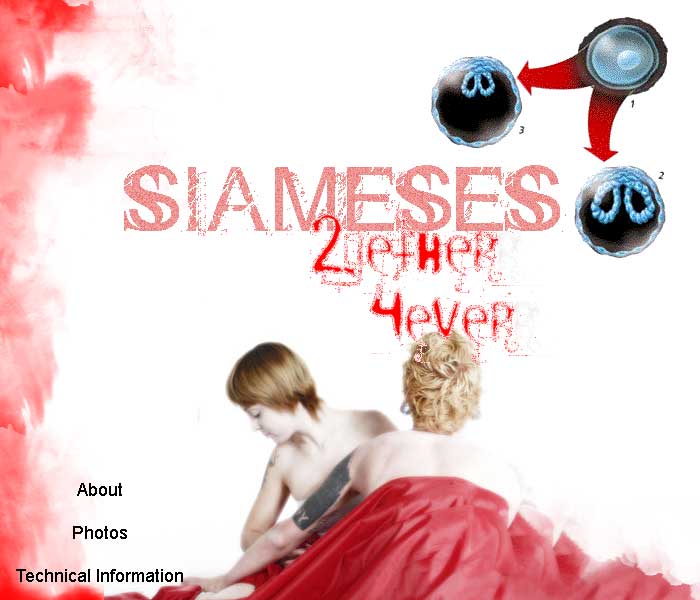 About the artists: T. Angel and Aline Torchia met each other in 2005 at the University and since then held several jobs together. In the same year, held their first performance, this first “art piece” was a kind of pre-shool of limits and possibilities for both of them.

About the project: The intention of the artists T. Angel and Aline Torchia with the project “2gether 4ever – Siameses” is ritualize and perpetuate through performance their connections and great friendship. It’s a huge demonstration of love and dedication from one to each other.
The artists mix their bodies through free movement, causing a slight visual confusion. At some moments you don’t know where one begins and/or the other ends. There is no end for both of them. No limits at all!
You won’t know which part of the body belongs to another, creating a discussion about the body as an individual property, when exists some kinds of relationships.
The artists work the idea of the capacity of combine and transform two into one.
The Siamese twins, are those one who are connected by a part of the body, or have a part of the body common to both. Gemini linked.
The Siamese artists have something a bit peculiar that connects and unify them, their heart, mind and soul . Artists linked. 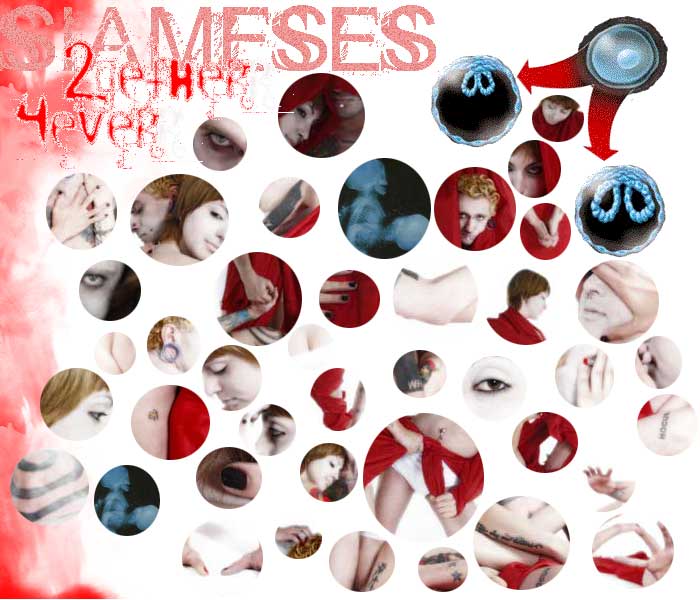